Out of thousands of submitted films, 77 documentaries made it to this year’s competition. Expert juries and spectators selected the winners of the 56th AFO. The festival was online for the second time in a row. However, the quality of the science documentary production kept the high standard that audience is used to.

All winners received the traditional AFO trophy – a kaleidoscope from the glassmaker Martin Hlubuček. In addition, the international competition winner obtained $ 5,000 and the winner of the Czech-Slovak competition won $ 2,000. Also, the award ceremony is not quite over yet. The Grand Prize will be announced in the autumn. We award it together with the Life Sciences Film Fest. The best film from the competition selection of both festivals will be awarded with $ 10,000. 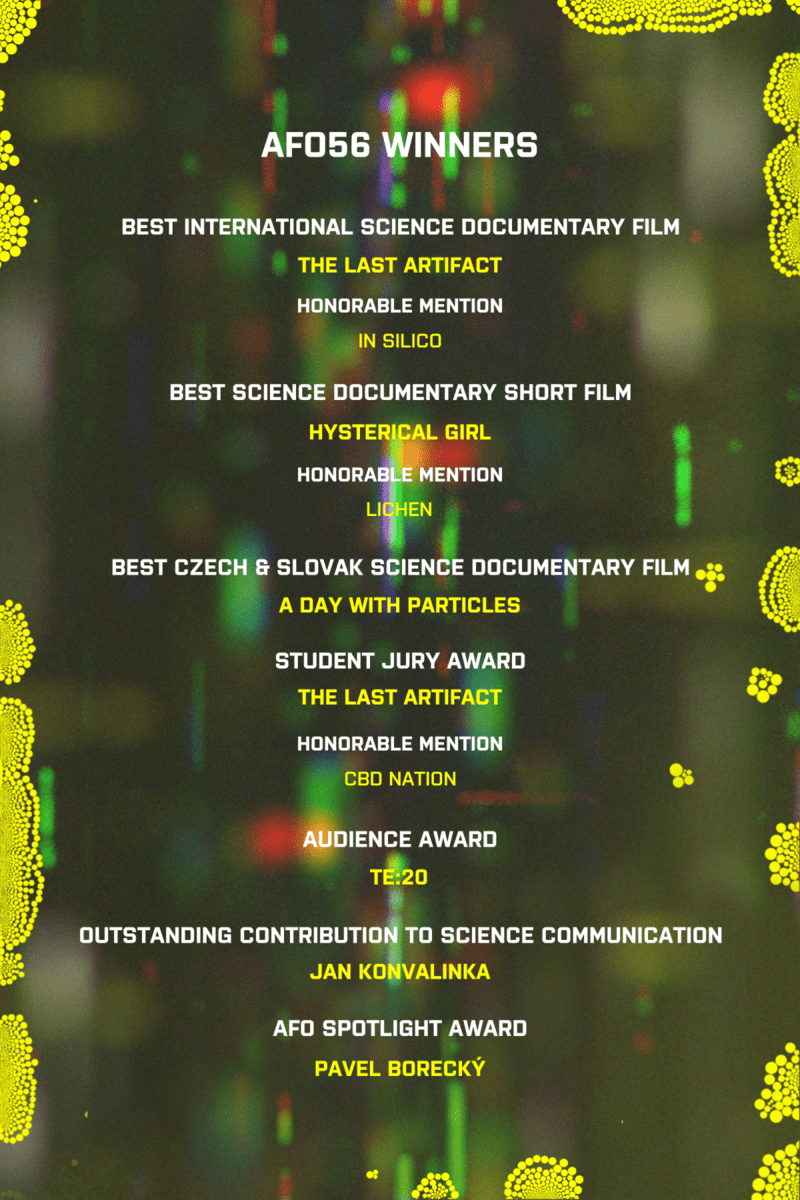