AFO55 official selections is here! Any science documentary film completed in 2018/2019/2020 could be submitted for AFO55 competition. The winner of International Science Film Competition receives 2000 EUR in prize money.

The festival selection accepts various genres, subjects, and audio-visual forms. We keep our programming open to a wide variety of films, ranging from feature science documentaries, wildlife productions, factual TV productions, to short or online formats. The official selection will be screened to thousands of spectators during the festival week.

AFO accepts any science documentary film presenting the results of systematic observation and exploration of the world within us and around us. We also count in films focusing on scientists as extraordinary professionals or outstanding personalities. We also consider films which put in the spotlight science as such: science as an institution, an inherent part of society, with all the dilemmas and complexities related to the ethics, methods, and applications. 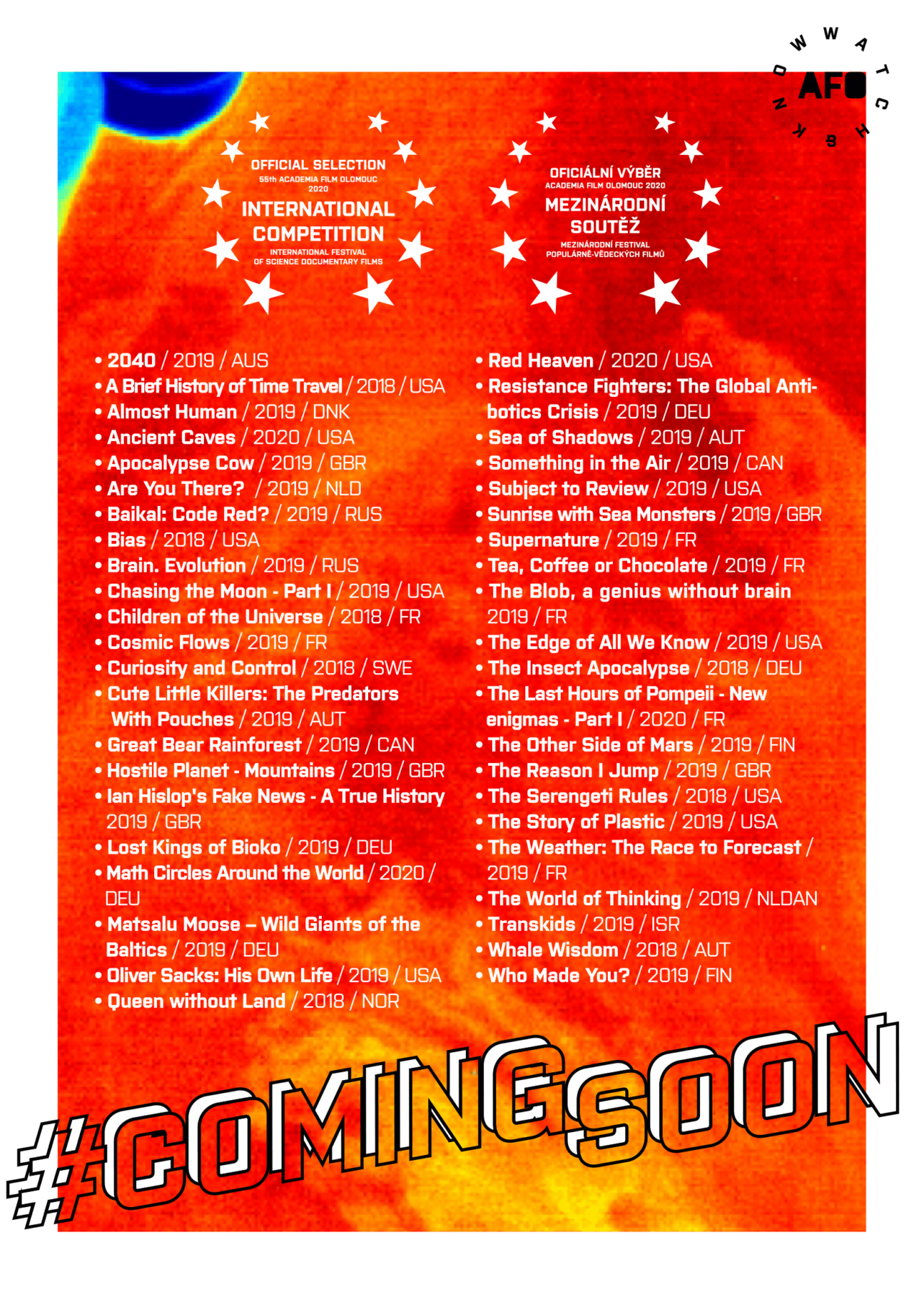 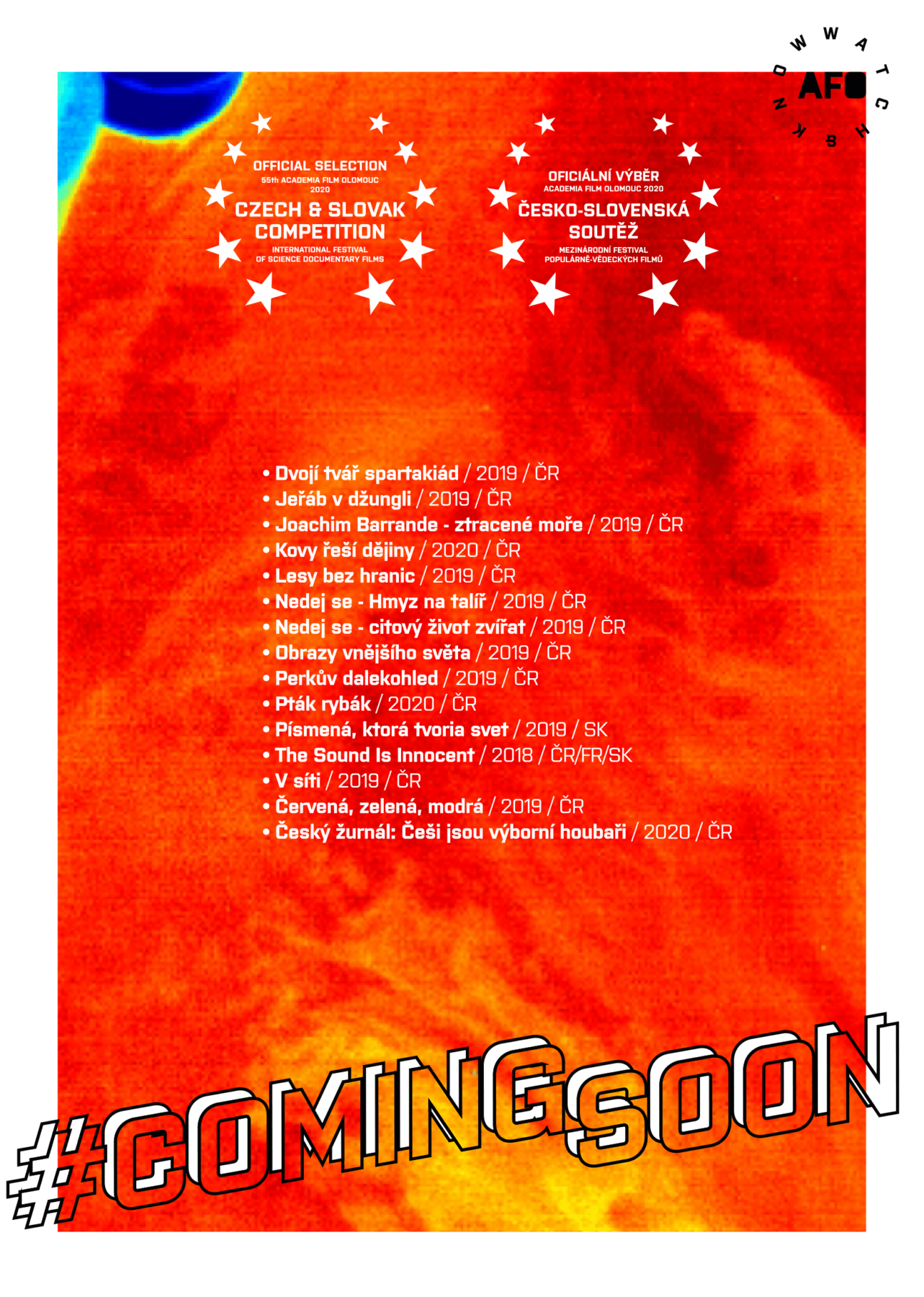 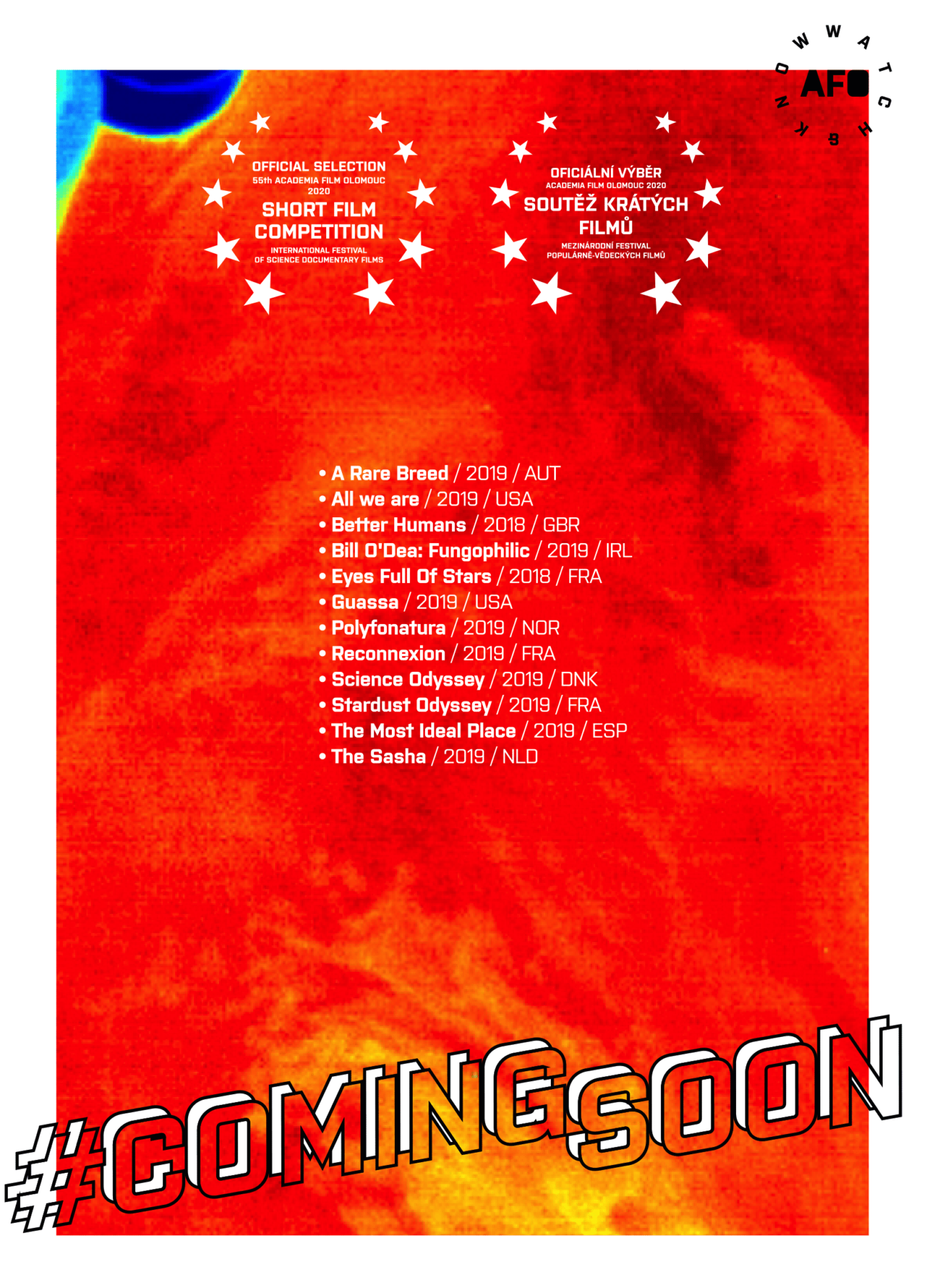 Films, lectures, workshops, music, guests, fans and most of all SCIENCE. Once again, we want AFO55 to become the best festival in the galaxy! Before we reveal the next year's festival topic, you may visit the AFO Cinema, follow our social sites and explore our brand new web. We will supply you with science dose by dose until the climax comes - #AFO55.