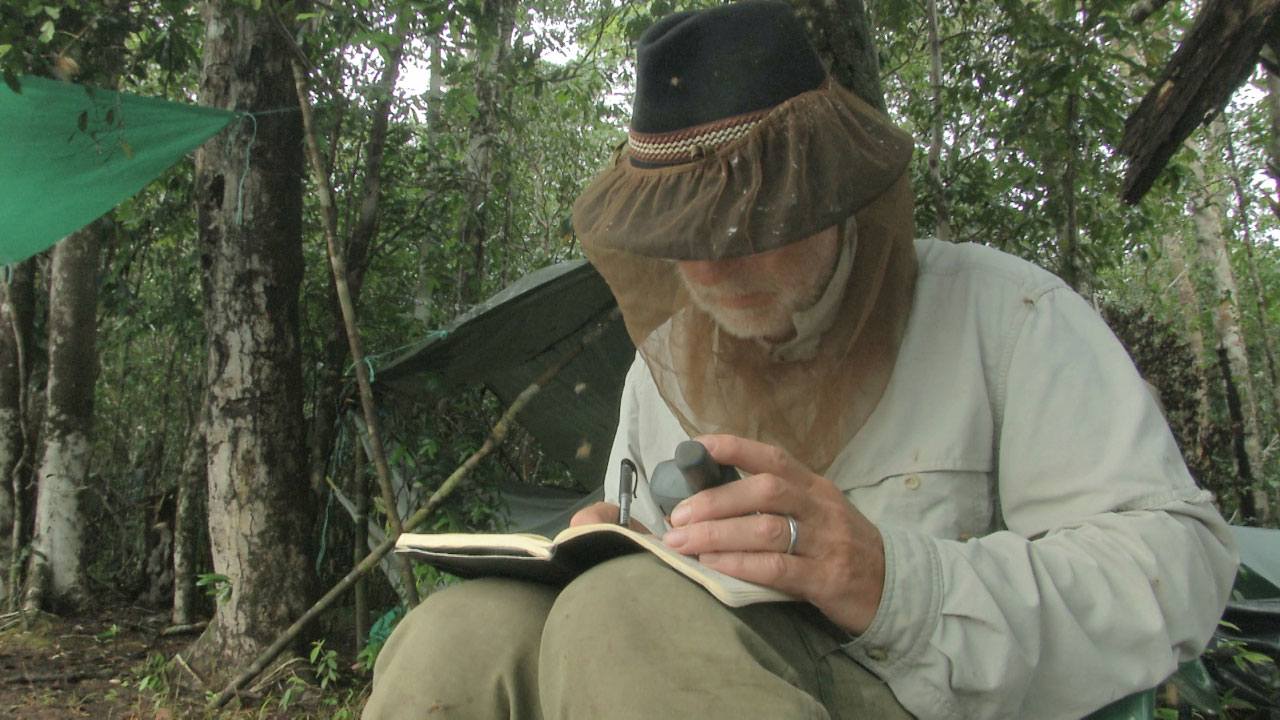 In 1800, the German biologist Alexander von Humboldt went on a journey to South America, where he discovered, among other things, a peculiar primate with a short tail. Since then, nobody has been able to find this animal again. Humboldt sent the uakari monkey skin to Europe but it got lost on the way. Only its description and a drawing arrived. Jan Dungel, biologist, painter and science illustrator, sets out with his team to sail the Orinoco, tracing Humboldt’s journey. He wants to prove that uakari exists and capture its first photographs. On his way, he creates new paintings of animals and overcomes many obstacles. The thrilling expedition captivates the audience in such a way that one might feel like another member of the adventurous crew on a quest for this elusive species.